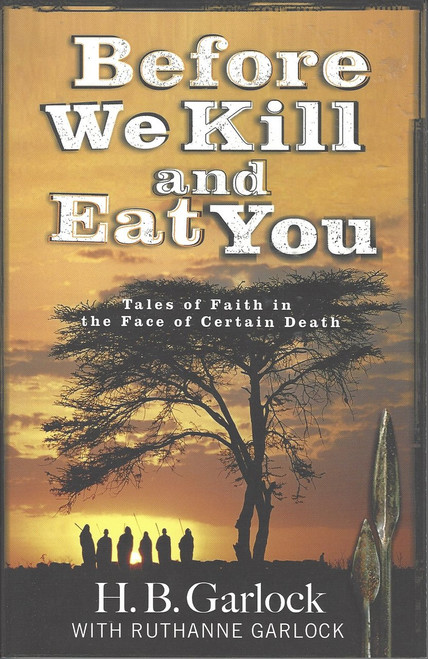 In 1920, Henry B. (H.B.) Garlock and some months later his bride, Ruth, traveled to West Africa to bring the gospel to a place known as "the white man's grave." Before We Kill and Eat You tells the Garlocks' fascinating real-life story of faith and calling in the face of malaria, cannibals and witch doctors. Readers will be inspired and encouraged by tales, as if taken straight from the book of Acts, of blind men healed and of people raised from the dead. Though many of their colleagues before them succumbed to death, H.B. and Ruth persevered in the midst of unbelievable hardship to reap an incredible harvest of believers that continues to this day.

The Handbook For Spiritual Warfare (2003)

Christian Martyrs Of The World (2003)

Grappling the Hosts of Hell: The Warfare Today (1991)

Battling the Hosts of Hell - The Diary of an Exorcist (1976)

Annihilating The Hosts of Hell The Battle Royal Book 1 (1981)

Conquering the Hosts of Hell Every Christian's Job (1978)

Freedom from The Hosts of Hell A Promise for Today (1991)